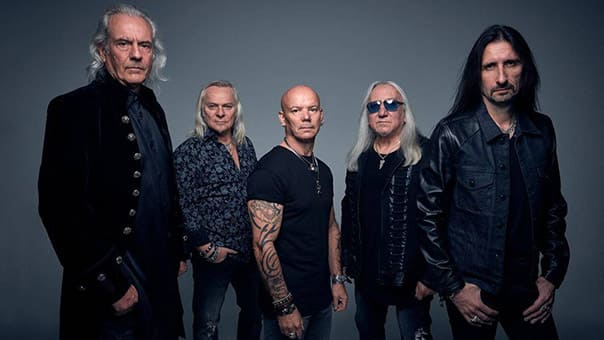 In 2020 Uriah Heep celebrated their 50th anniversary, sadly world events forced the band to cancel their tour. With no real chance for a big party due to pandemic restrictions, the celebration was moved to 2022. Mick Box and his bandmates kick off an extensive 'Uriah 50 Heep – Celebrating 50 years of Uriah Heep' tour these days, under the premise of "From Lockdown to Rockdown!".

Taking their name from the conniving lawyer in Charles Dickens' 1850 novel David Copperfield, Uriah Heep is a progressive rock band that, along with others such as Deep Purple , Queen , Black Sabbath and Led Zeppelin , helped lay the foundations for the UK of a glittering hard rock/heavy metal scene with explosive hits like "Easy Livin'", "The Wizard", "Sweet Lorraine", "Lady in Black" and "Stealin'".

Founded in 1969 by powerhouse vocalist David Byron and guitarist Mick Box, the group went through a large membership over the next 50 years: almost 40 different musicians went through the group. Originally operating under the name Spice, Byron and Box eventually recruited guitarist, keyboardist, and vocalist Ken Hensley, bassist Paul Newton, and drummer Nigel Olsson, transitioning to Uriah Heep, who fans often refer to as the band just like Heep.

With Box and Byron handling most of the songwriting duties, the newly formed quintet debuted their mix of guitar and organ fueled by a background of incredible mixes between blues and innovative hard rock in 1970 on Very 'Eavy. .. Very 'Umble (called Uriah Heep in the US), which was released on Vertigo Records.

Initially judged by critics, the LP has since achieved legendary status as one of the earliest heavy metal classics.

Olsson would depart shortly after the album's release, making room for new drummer Keith Baker, who made his studio debut on the group's 1971 sophomore effort, Salisbur. And the ambitious six-track set, on which Hensley, who made a more substantial writing contribution, took a far more progressive stance than the band's previous outing, with the 16-minute title cut employing a 26-piece orchestra.

The group endured a series of line-up changes: Baker was replaced by Ian Clarke, whose role was later usurped by Lee Kerslake, while Gary Thain took over bass duties from Mark Clarke, who had succeeded Paul Newton shortly after the 1971 release. Prior to the arrival of their acclaimed third studio full-length, 1972's Demons and Wizards, widely praised as the band's breakthrough LP, heralded a run of highly successful albums (The Magician's Birthday [1972], Sweet Freedom [1973], Wonderworld [1974] and Return to Fantasy [1975]) in which Uriah Heep honed his gothic style and maintained a mostly stable lineup: future Asia leader and King Crimson alumnus John Wetton joined to the band on bass for the latest deal.

Wetton would stick with 1976's High and Mighty, which sounded fairly conventional, but internal problems, due in part to David Byron's struggles with alcohol, were beginning to affect the band. He left the fold in 1977 and the group was forced to let Byron go, resulting in the release of Firefly, Uriah Heep's first effort to feature new vocalist John Lawton and former David Bowie bassist (and former -Spider from Mars) Trevor Bolder, the latter of whom would remain with the group until his death in 2013. The band's sound also began to change, with later proposals such as Fallen Angel and Conquest leaning more towards commercial AOR than towards progressive metal, although the band maintained a respectable level of popularity, especially in Germany. 1982 saw them enter another phase, delivering a more pop-metal oriented hit with Abominog, their fourteenth long-player and the first of three outings with ex-Trapeze frontman Peter Goalby. 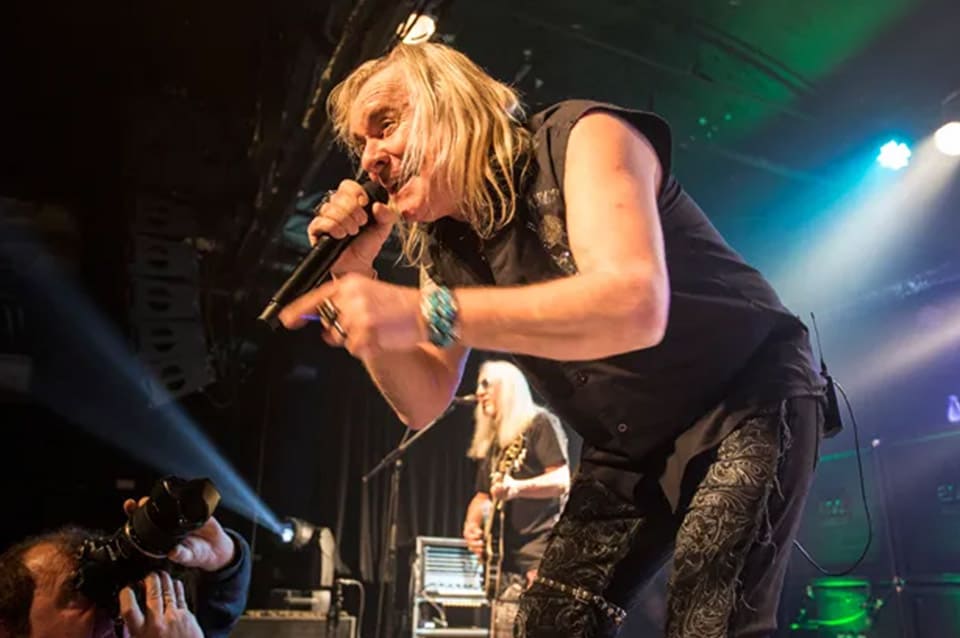 While their audience dwindled as the years passed, and pop culture norms waxed and waned, the band enjoyed a strong international presence and continued to release quality albums through multiple lineup iterations that left Mick Box as the only original member. In 2017, the stalwart rockers began work on their 25th studio album with Jay Ruston (Anthrax, Stone Sour). The result, Living the Dream, aired in 2018 on Frontiers and saw the group stick to their tried-and-tested classic rock formula. Longtime drummer Lee Kerslake died on September 19, 2020, at the age of 73. Less than two months later, founding member Ken Hensley lost his life on November 4, 2020, after a brief illness; he was 75 years old.